Nearly 40 people living with disfigurements in a poor area of Kenya have had their lives transformed thanks to a reconstructive surgery mission, led by Dr. Kai Kaye, Head Surgeon at Ocean Clinic Marbella. 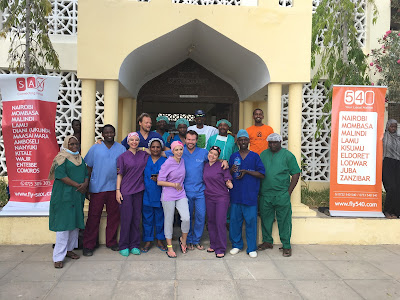 Dr. Kaye teamed up with his friend and colleague, Dr. Stasch, of Nairobi’s Valentis Clinic on the nine-day charitable campaign. Working in collaboration with the Kenyan Society of Plastic, Reconstructive and Aesthetic Surgeons (KSPRAS), they put together an eight-person surgical team, including an anaesthetist and two Plastic Surgery Residents from Nairobi and three nurses from Ocean Clinic Marbella.

The team travelled to Lamu, a rural archipelago on the northeastern coast of Kenya, which has few medical facilities and high levels of poverty. Here, they met with more than 100 men, women and children suffering with disfigurements such as congenital malformations, tumours, burns, scars and other deformities. 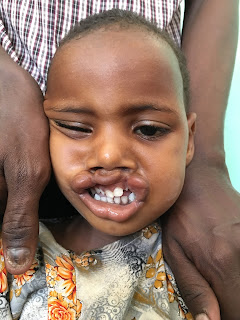 “We spent the first day meeting with them and selecting the patients with the most need, before getting straight to work and beginning to operate.”

Thanks to an agreement with the government, the team was able to use the facilities of the Lamu District Hospital to perform the operations. They were able to successfully operate on 39 patients. 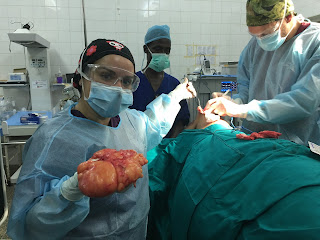 “All surgeries went as planned without major complications,” says Dr. Kaye. “The aftercare will now be taken over by the team at Anidan Paediatric Hospital.

“We are really delighted with the number of people we got to treat and by the difference these surgeries will make to their lives. For some people it will be the difference between being able to work or not and therefore provide for their families, for others it’s about social inclusion and being able to live a normal life.” 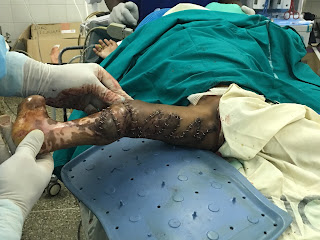 The charity camp, which was also organised in collaboration with Spanish NGO Foundation Pablo Horstman, was entirely funded by donations. Marbella companies and individuals, as well as patients of Ocean Clinic helped to raise €4000 Euros to support the mission.

The money was used to purchase and transport 300 kilos of materials and equipment, ensuring the team could operate on as many patients as possible.
Meanwhile, the surgical team gave up their time for free and paid for their own flights and accommodation.

The trip to Kenya follows a similar campaign to Peru that Dr. Kaye and his colleagues undertook in 2013, when they operated on 60 patients. 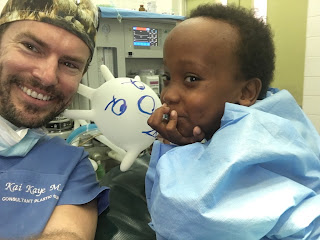 “Seeing them smile and shine with confidence makes our work incredibly rewarding,” he says. “The Lamu experience this year has strengthened our plans to convert it into an annual mission organised in collaboration with  Foundation Pablo Horstman and supported by the generous people of Marbella.”
Posted by BB at 02:42