Generations are collections of people living at the same time or an average time span (approx 20-30 years) during which people are born, grow to adulthood and have children of their own. There are varying differences and similarities between generations and this is something that must be considered when treating a patient.

The generation conversation; what are each of these sets of humans like? What do they like? What do they want from life? How do they respond to different things within culture and lifestyle? How does each generation differ? If a patient walks in to our clinic this is all relevant in our assessment into their expectation and requirements.

Millennials are the dominant generation within today’s workforce. For them technology is part of life, they are more open to change, they are full of information and confidence. They’re diverse, and their tendencies lean towards branded goods such as Nike or Apple for example. They eat out, they’re on Instagram, YouTube, Tik Tok. They’re influencers but they’re everyday people that create a following of thousands of other every day people. These kind of Millennials are more influential to other’s spending behaviour than celebrities are due to the fact that they’re accessible. You can message a millennial on social media and they will get back to you. A celebrity will not.

Boomers are the type of people who expect to be told what is the right thing to do, not go out and invent that for themselves. They will believe in what they are told and comply. Whereas Generation X will prefer to make their own choices, they want to be given options. They prefer to be educated on something and then make their decision. They are busy looking after their parents, children and themselves. They want information and in the quickest form possible. If they had surgery for example, they would want clear instruction on what to do next.

There are many notable differences and similarities between generations seeking or considering aesthetic or cosmetic treatments. The attitude they have towards treatments, their age at the time of the chosen procedure, the expectations they have for the outcome, their belief in the procedures, as well as the reasons behind their choices. Another big factor for generational choices are differences in lifestyle, online presence, tendencies and association, social media activity, spending habits, accessibility.

One study carried out recently based on varied age groups ranging from 18-29 (represents Gen Z) 30-44 (represents Milennials), 45-59 (represents Gen X), 60+ (represents second generation Boomers) looked at their viewpoint and position on aesthetics such as injectables, dermal fillers, etc. It showed that younger generations take less time in making the decision to go ahead with treatments, whereas older people, (generally over 60s) took much more time to deliberate. Also when it came to cosmetic injections (muscle relaxants, neuromodulators) the study showed that the younger groups were having the treatment far more than the older ones - in fact the over 60s were the group using the least. With fillers the gap was even bigger, with very few 45 to over 60 year olds having them compared to the younger groups. The over 60s also seemed to be the least concerned about their appearance - the rest of the groups, we can assume, being more focussed on their looks, and those in their later years more accustomed to, and accepting of, the aging process. 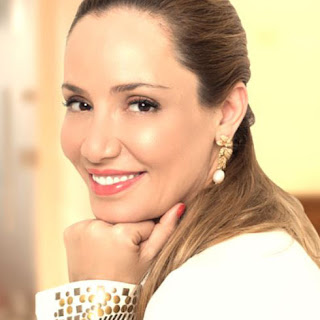 Dr. Gabriela Casabona from Ocean Clinic Marbella discovered that, after studying over 1,500 people through three generations, all the generations had some things in common when it come to aesthetic, cosmetic treatments. All wanted natural results.  All generations wanted to maintain their own looks, they didn’t want to be altered so they look too different or unlike their true selves. Out of the study group she found that all participants were aware and knowledgeable of the procedures, they were all willing to participate, and they were all in the know and believe in their efficacy, but all had something else in common; they were afraid.

Not of the procedures themselves but the doctor. The people who carry out that procedure, the ‘what-ifs’. This is the reason that it is vital that a doctor be approachable, that hey have empathy, they show that they truly understand their patient’s needs. This is so important because that patient is afraid that they will not understand what they mean, what they are really asking for, what they really want out of this situation, and being unable to communicate this properly. People are afraid of the wrong outcome no matter what generation they come from. All people within the study group preferred the natural beauty they already own to be enhanced so the important thing for the doctor is the step-by-step approach to each individual, independent of their generation.

So, all generations are very different, yet all have their similarities when it comes down to opting for aesthetic treatments.

For more information on our aesthetic department and full range of services visit us at Ocean Clinic Marbella or contact us today.